DEHRADUN: After a pregnant tigress with three fetuses was run over by a vehicle in Ramnagar, Uttarakhand state forest department has issued an advisory to the department to ensure safety and security of the wild.  Rajiv Bhartari, chief... 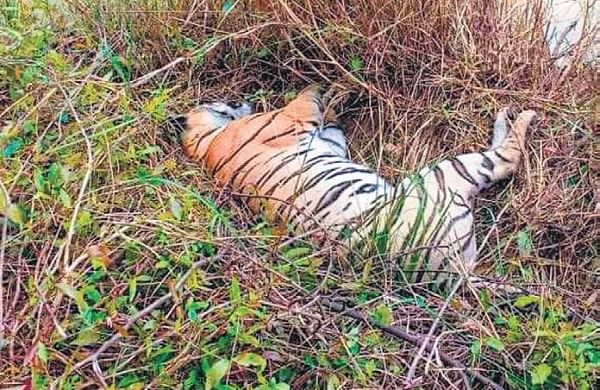 DEHRADUN: After a pregnant tigress with three fetuses was run over by a vehicle in Ramnagar, Uttarakhand state forest department has issued an advisory to the department to ensure safety and security of the wild.

Rajiv Bhartari, chief wildlife warden, Uttarakhand said, "The advisory has been issued to take precautions on motorways near the forests. Foggy weather and not following the speed limit causes such unfortunate incidents."

Numerous roads and motorways pass through or are in the vicinity of forests in Uttarakhand making the wild vulnerable to speed in vehicles.

Advisory includes instructions to the department to make sure implementation of the prescribed speed limit to these roads.

The check posts will also spread awareness among the drivers of vehicles. Earlier, a leopard near Rajaji National Park on December 11 and a pregnant tigress was killed by a speeding vehicle in Ramnagar on Friday.

"We appeal to the people to consider wildlife as their own asset. Any loss of wildlife is a personal loss. We need to follow the speed limit in areas frequented by wildlife to prevent any such loss," added the chief wildlife warden.

Efforts are also on to apprehend the person and vehicle which hit the tigress.

According to state forest depart data, total 15 tigers have lost their lives in accidents since year 2001.

Uttarakhand has lost a total of 212 elephants, leopards and tigers in 'accidents' from the year 2001-19, the data from state forest department have revealed.

The department is working on drafting a plan to reduce accidents on rail tracks, roads and of other types.

The data includes deaths due on rail tracks, roads and accidents at roads passing through forest areas.

Organic farming corridors to be put up at 12 river-side...

Now, SSC students can use mobiles and computers for aptitude...

After onions, cooking oil gets costlier for aam aadmi

Israel announced on Sunday that it will allow Christians in the Gaza Strip to travel...

Mumbai gets a brand new entertainment destination, Jio Wonderland, for the ultimate...

Australian players stole the show in the first session of the IPL auctions with...

How to link Aadhaar card with PAN card

It has been recently announced that everyone has to get their PAN linked with Aadhaar...

Atlanta: A shooting that wounded one man in a mall food court sent suburban Atlanta...

Greta Thunberg travels home for Christmas in a 'crowded'...