RAIPUR: Two Maoist cadres including a woman fighter were killed in an exchange of fire with the security forces in two separate incidents in the strife-torn Sukma district in south Chhattisgarh on Thursday. According to the Sukma district police... 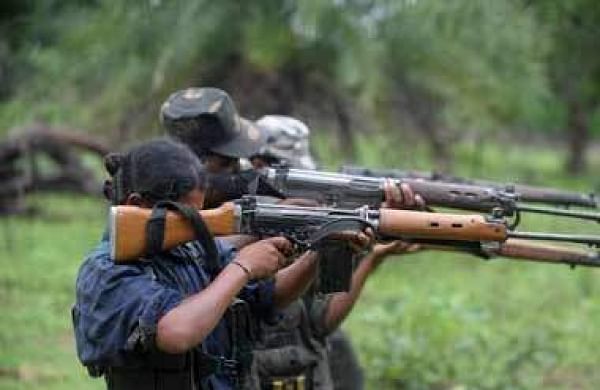 RAIPUR: Two Maoist cadres including a woman fighter were killed in an exchange of fire with the security forces in two separate incidents in the strife-torn Sukma district in south Chhattisgarh on Thursday.

According to the Sukma district police chief Shalabh Sinha, a woman Naxal was gunned down in an encounter with the troopers near Singanmadgu village close to Chintagufa.

“A team of District Reserve Guards (DRG), CRPF’s elite unit of CoBRA and the district police force were on a search operation at the forested terrain between Singanmadgu and Kedwal, around 500 km south of Raipur, when a gun-fight broke out. A body of a woman cadre in uniform was recovered. In another encounter that occurred deep inside the Maoists' stronghold, another body was recovered by the forces,” the district superintendent of police told the Express.

The forces also destroyed a temporary training camp set up by the rebels and recovered a huge quantity of daily use items, literature and some ammunition.

The Red brigade fled into the nearby jungles. There was no report of any injury sustained by security personnel during the gunfight. "The forces are safe and are on the way back to their respective camps," Sinha said.

Sukma continues to be among the seven worst Maoist-affected districts in the conflict zone of Bastar.

Google's co-founder Larry Page is on a quiet mission to bring the world a universal...

18 policemen suspended for murder inside UP courtroom

Rohingya refugees in south Delhi camp wary of future after...

New Delhi: "It was a blessing to wake up every morning and not have to worry whether...

Trains to and from Assam cancelled, short terminated amid...

GUWAHATI: At least 106 passenger trains were either cancelled or short terminated...

Apple could be working on satellite technology to beam...

A new report suggests that Apple is developing satellite technology that will be...

Preparations are in full swing ahead of Prime Minister Narendra Modi's visit in...

Mumbai: Mulund Gymkhana defeated Pro-World Talent CA by 28 runs in thefinal of the...

BMW has said that wireless Android Auto will be available on its vehicles by July...

Man fires at brother-in-law, shoots self in Kandivali