JAIPUR: A 25-year-old married woman was allegedly beaten to death by her husband who suspected her of having an extra-marital affair in Rajasthan's Dausa district, police said. The incident occurred on Saturday night when Kaluram Meena (30)... 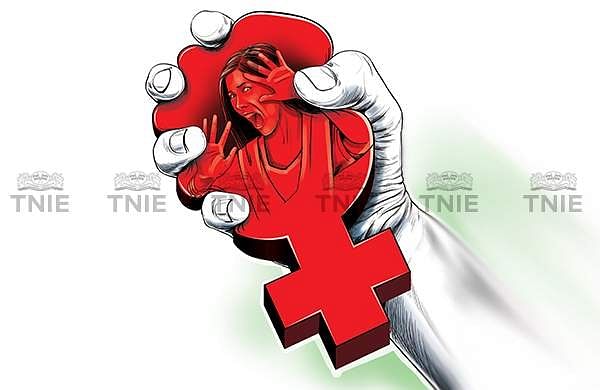 JAIPUR: A 25-year-old married woman was allegedly beaten to death by her husband who suspected her of having an extra-marital affair in Rajasthan's Dausa district, police said.

The accused also went on to beat his six-year-old daughter and three-year-old son with sticks but the children were saved by Meena's younger brother and his wife, the CO said.

The accused suspected that his wife had an extra-marital affair.

The woman's body was handed over to family members after post mortem on Sunday, the CO added.

23-year-old rape victim in UP, who set herself on fire outside SP office, dies

88 people missing from Shirdi in one year, Bombay High...

3 minors raped in AP despite passing of stringent laws

Four arrested after 105 kg of plastic bags seized from...

Touted as Bollywood’s hottest actress, Disha Patani is back at being naughty and...

Kajal Aggarwal is all set to get her own Madame Tussauds wax figure. The actress...

Ranchi: Over 62 per cent of the electorate cast their votes in the 17 assembly constituencies...

Four arrested after 105 kg of plastic bags seized from...

PATNA: In a crackdown against the plastic carry bags, approximately 105 kg of plastic...

Mumbai: A day after three labourers suffocated to death in a septic tank of a high-rise...

“I was put in a Dingy Cell with Five Criminals,” Payal...

On Tuesday evening, Payal Rohatgi and her husband Sangram Singh breathed a sigh...

Dalit man thrashed by goons for selling 'biryani' in Greater...

GREATER NOIDA: A poor vendor reportedly belonging to the Dalit community was allegedly...