PUNE: Underlining the importance of intel in successful military operations, Army chief-designate Lieutenant General Manoj Naravane on Saturday said the world of intelligence is not like the glamorous portrayal of "James Bond, guns and girls"... 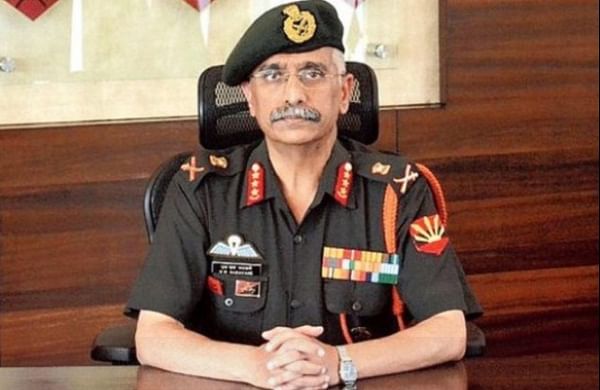 PUNE: Underlining the importance of intel in successful military operations, Army chief-designate Lieutenant General Manoj Naravane on Saturday said the world of intelligence is not like the glamorous portrayal of "James Bond, guns and girls" but more of "John Le Carr's 'Smiley' novels".

The Lt. General was speaking at the launch of former journalist Nitin Gokhale's book 'RN Kao: Gentleman Spymaster'. Kao had served as the first chief of India's external intelligence agency, the Research and Analysis Wing (R&AW).

"Military operations and intelligence go hand in hand. In fact, whenever we have an operational briefing, it always starts with 'khabar dushman ke bare main' (news about our enemies) and that 'khabar' is what we get from our intelligence operatives," Lt. General Naravane said.

"I dare say that none of our military operations would have been successful had it not been for the support we got from various intelligence agencies including Research & Analysis Wing," he said. The armed forces owe to intelligence agencies for their contribution to the nation's security, he added.

Lt. General Naravane said that when someone thinks about intelligence, normally the thought that comes to the mind is of movie character James Bond, but it is not like that. "When we talk or think about intelligence, we normally think of James Bond, guns, girls, guitar and glamour, but the world of Intelligence is not that. The world of intelligence is more of John Le Carre's Smiley novels. Unseen, unheard, unknown, working behind the scenes, analysing volumes of information," the Lt. General said.

While going through the volumes of information, data, and reports, it is the intellectual capacity to piece together the nuggets of information that make out entire jigsaw out of it, and that is what the book on RN Kao aptly portrays, the senior commander said.

British author David John Moore Cornwell, better known by his pen name John le Carr, is famous for his espionage novels. During the 1950s and 1960s, he worked for both the Security Service (MI5) and the Secret Intelligence Service (MI6).

Praising the book, the Lt. General said its style of writing has captured the persona of the individual (Kao). "Both have gone hand in hand. If given a chance, it (can be) made into a potboiler but that was not the intent. The character of the man (Kao) and the style in which the book is written actually complement each other," said the Lt. General.

Speaking on the occasion, former Special Secretary in R&AW, Vappala Balachandran who had worked with Kao, shed light on the latter's personality. "Kao will be remembered for his contributions in the liberation of Bangladesh in 1971 and for his role in ensuring Sikkim's merger with India.

"He was meticulous and worked without compromising on the ideology of R&AW as he would hand-pick the right men for the job," he said. Balachandran said a proper de-classification policy should be in place, when asked about declassifying and making public the information regarding 1962, 1965 and 1971 wars, which he said has not been done.

"We have not done that. We have been releasing some papers but withholding certain others. In all other countries, including Russia, the archives are thrown open. If other countries can do that why can't we? If such declassification is allowed then interpretation of the history will be much more accurate," he said, adding that right now the dependence is on leaks which are sometimes inaccurate.

Later talking to reporters, Balachandran said many sensitive records are part of the history. "How did Bangladesh become independent? There are several things in terms of Pakistan. You can keep a secret for 20 years but after that, it is no longer a secret and it becomes a part of history.

"By declassifying the documents, a lot of misunderstandings can be avoided," he said while supporting withholding of certain sensitive information. Balachandran demanded that Official Secrecy Act be scrapped completely.

"In a democracy, you should introduce a new law in which government records and the official record should be maintained for a certain period like 5-6 years, and afterwards it should automatically de-classified," he demanded.

Talking about recruitment in intelligence agencies, Balachandran said, "What we have adopted is a mechanical policy of deputation in which the state government sends officers they do not want on deputation to Central agencies".

He said in countries like the USA, Israel and England, intelligence agencies hire people directly. "In Mossad (national intelligence agancy of Israel), they recruit people through relations and acquaintances because of the loyalty factor," he said.

Speaking on the occasion, former Maharashtra DGP Jayant Umranikar said Kao was an "institution" in himself known for his talent, vision and enterprise. The author of the book stated that his work is about the memories of individuals who knew Kao and his personal life.

who is tiktok star nancy

Notice to Milind Ekbote, Sambhaji Bhide ahead of January...

PUNE: Ahead of the 202nd anniversary of the Koregaon Bhima battle on January 1,...

Tihar Jail asks UP for two hangmen on short notice amid...

NAGPUR: A history-sheeter was arrested for allegedly raping a five-year-old girl...

Kiara Advani's golden jacket looks like it has been touched...

Kiara Advani who is currently promoting her upcoming flick 'Good Newwz' was recently...

Aaditya Thackeray has broken his silence on the reports of a Wadala resident being...