Rare annular solar eclipse on 26 December: What to expect, where you can watch the event in India

In a rare and unusual celestial event, 26 December this year will bring an annular solar eclipse, and it will be visible across Saudi Arabia, southern India and parts of Indonesia. The same event in Europe, other parts of Asia and Australia,... 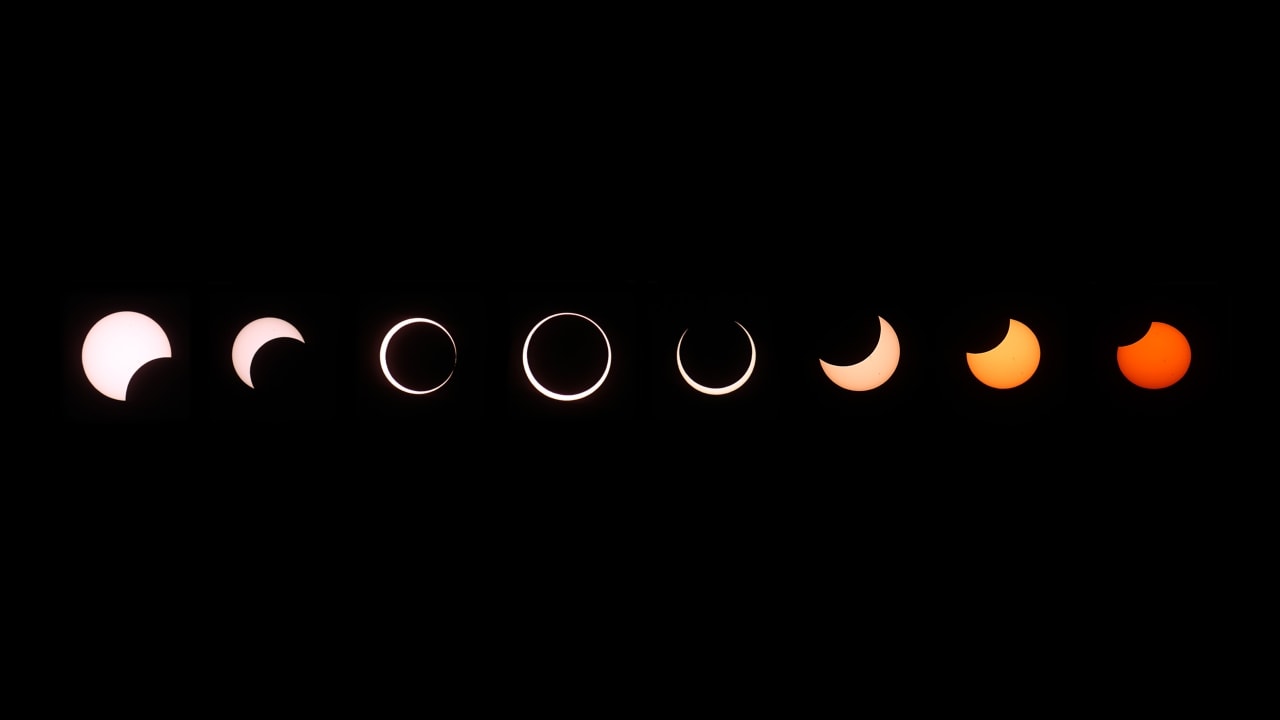 In a rare and unusual celestial event, 26 December this year will bring an annular solar eclipse, and it will be visible across Saudi Arabia, southern India and parts of Indonesia. The same event in Europe, other parts of Asia and Australia, will be visible as a partial solar eclipse. In an annular solar eclipse, the moon covers the Sun's centre, leaving the Sun's visible rim to form a "ring of fire” or annulus around the moon. The name "annular" comes from the Latin word for a ring — "annulus."

The moon's shadow on the Earth is much smaller than the Moon, let alone the Earth, and falls only in a relatively smaller region of the planet. Solar eclipses are only visible from within the area where the shadow falls, and the closer you are to the centre of the shadow's path, the bigger the eclipse looks. At any given time, the area viewing an eclipse will be constantly changing, with both the moon and the Earth always on the move. The partial eclipse begins by 8 am IST and will last till 11.30 am IST. On the west coast of India, it will begin at 9.24 am IST after which the east coast will get its first glimpse of the partial eclipse by 9.31 am IST. The annular ring will only be visible till 9.27 am on the west coast and 9.35 am on the east coast, giving us a little more than a 3-minute window to catch the event happen in real-time. The annularity, or "ring of fire" as it is popularly known, however, will last seconds.

This annular eclipse will be the third and the final solar eclipse of the year. The next eclipse that will take place will be a lunar eclipse, on 10 January 2020.

Where to watch the 26 December eclipse

The annularity will last for three minutes in Ooty and since it is a hill station with an altitude of 2,200 metres, this location will supposedly offer the best view of the solar eclipse without being obstructed by the clouds. Kerala's Cheruvathur will also be one of the best places to witness the eclipse, according to The Hindu. Below is a look at all the viewing events at institutes, schools and observatories for the eclipse.

How to view a solar eclipse (without being blinded)

Watching a solar eclipse can be harmful to the eyes without some safety equipment. A major misconception is that you can use sunglasses to look at the sun during an eclipse, however, that is not true.

Your protective eyewear needs to have a sun filter or be a specially-made pair of eclipse glasses. The UV radiation, which is at its maximum during a solar eclipse, can burn the sensitive retina at the back of eyes and cause serious vision damage – even blindness if ignored. So keep your back turned to the sun if you have none at the time of the eclipse.

Seeing the eclipse on an optical instrument through a screen – your mobile phones, televisions or camera screens are perfectly okay. However, looking through binoculars, camera viewfinders, and telescopes, however, can end up causing instant and permanent blindness.

The trusty, old-school way to watch an eclipse safely is crafting a DIY solar eclipse viewer, like this one made out of a cereal box:

Climate crisis: Is there a Savitri to save the world from...

Trains to and from Assam cancelled, short terminated amid...

GUWAHATI: At least 106 passenger trains were either cancelled or short terminated...

Mukesh Ambani dominates; find out the net worth of top-10...

Sonia Gandhi to lead Congress in silent protest against...

New Delhi: Amid nationwide agitations against the Citizenship (Amendment) Act, the...

On Thursday, gold prices rose ahead of GST Council meeting on December 18. Gold...

Washington: The series of pathbreaking and ambitious reforms unleashed by the Narendra...

Elastic, a software startup in Amsterdam, was rapidly building its business and...