Mahakumbh 2021 to be more devotee-friendly with plans for ferries, hovercrafts underway

DEHRADUN: For the upcoming Mahakumbh in the year 2021 in Haridwar, devotees may be able to avail ferry services between Rishikesh and Haridwar.  The state government is in discussion with the central government on the topic. Madan Kaushik,... 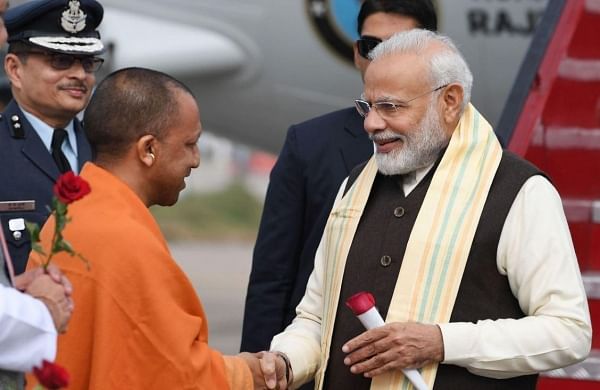 DEHRADUN: For the upcoming Mahakumbh in the year 2021 in Haridwar, devotees may be able to avail ferry services between Rishikesh and Haridwar.

The state government is in discussion with the central government on the topic.

Madan Kaushik, state cabinet minister said, "The proposal is discussed with the central government and we have received encouragement from the center. The groundwork is on to find out about the viability of implementation of the water transport between Rishikesh and Haridwar."

The state government officials said that during Prayagraj Kumbh, earlier this year, free services between Prayagraj and Varanasi were successful, and therefore feel it can be replicated here too.

The plans include options of ferry and hovercraft.

Soon there will be passenger ferries on a trial run basis on the waterway between Rishikesh and Haridwar in Ganga river.

The ferries which are being proposed can carry between 100-125 passengers at a time. The estimated time is expected to be ranging between 1-2 hours.

More than 5 Crore people are expected to attend the religious rituals in the Mahakumbh and take a dip in Holy Ganges, the most revered river of Northern India.

Over 100 drones are said to be monitoring the congregation round the clock along with 1500 CCTVs.

Along with the drones, the police have planned to make use of LCD screens and face recognition cameras to monitor crowds and traffic.

Routes for paddle rickshaw and auto-rickshaw will be separate to avoid traffic congestion at the site chosen to be at Shyampur bank of river Ganga in Haridwar.

The use of drones will help the police to monitor the ghats and manage the crowd of the devotees thronging their way seeking salvation.

The state police is also planning to create social media accounts space on social networking websites like Facebook and Twitter to stay connected with the people directly.

Temple in Ayodhya to come up within four months, says Amit...

Carolling in the city

Bhayandar: The trusted ISI mark on your 20-litre jar of the so-called ozonised mineral...

Washington D.C.: Only a few studies have addressed the issue of money management,...

The honesty of the taxi driver, 13 lakhs returned back

Tanhaji Malusare, a man who kept his soil before him, inspires the nation with his...

'Overthrow my government if you want': Mamata dares Centre...

What to do with tattoos after breakup