KOLKATA: In an apparent setback to the West Bengal government, Kolkata High Court on Monday directed all the advertisements sponsored by Mamata Banerjee’s government against Citizenship (Amendment) Act (CAA) and National Register of Citizens... 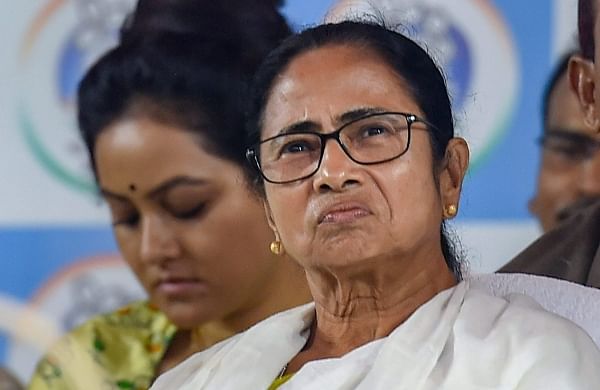 KOLKATA: In an apparent setback to the West Bengal government, Kolkata High Court on Monday directed all the advertisements sponsored by Mamata Banerjee’s government against Citizenship (Amendment) Act (CAA) and National Register of Citizens (NRC) to be removed from public platforms.

In an interim order, the court asked the state government to withdraw all such advertisements till the next hearing on January 9.

In the advertisements, Mamata, who has been critical of CAA and NRC, assured the people of the state that her government would not allow the two issues in Bengal. The court’s order came after six petitions were filed accusing the state government of spending public money against an act passed in Parliament.

Reacting to the high court’s order, Union minister Babul Supriyo tweeted, "If only Mamata Banerjee had taken advice from the few educated MPs and MLAs she has in her party about she (A CM) not having any authority, as per our constitution, to block an ACT that’s in the central List and anyone other than Didi would know that citizenship is Centre’s prerogative.’’

Criticising the government advertisements that were put out on news channels and other public platforms, earlier Bengal governor Jagdeep Dhankar had demanded immediate withdrawal of it saying that they were unconstitutional.

Section 144 imposed in 50 districts of Madhya Pradesh after...

Elastic, a software startup in Amsterdam, was rapidly building its business and...

Rohingya refugees in south Delhi camp wary of future after...

New Delhi: "It was a blessing to wake up every morning and not have to worry whether...

Vidya Balan's Shakuntala Devi, a biopic on the late 'human computer' with the same...

Shiv Sena opposing projects they agreed upon when with...

In a shocking incident, a Kashmiri doctor practising in Kolkata, was blackmailed...

New Delhi: Google will add over 3,800 customer support jobs in Mississippi (US),...

Scientists recently announced the discovery of a novel antibiotic produced by bacteria...

Aaditya Thackeray has broken his silence on the reports of a Wadala resident being...

The honesty of the taxi driver, 13 lakhs returned back