India is moving in the same direction as that of Hitler's Nazi Germany: Prafulla Kumar Mahanta 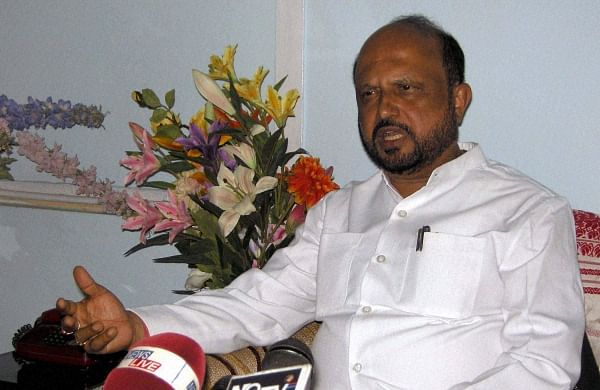 Addressing a press conference here, the two-time chief minister also strongly criticised the leadership of his party -- Asom Gana Parishad (AGP) -- and alleged that its current leaders have "betrayed the people of Assam only for greed of power".

"India is moving in the same pattern as that of Hitler's Nazi Germany. Unless we are careful, it will be very dangerous for us," he said.

Mahanta also alleged that his NSG security cover has been withdrawn due to "conspiracy between an insurgent leader and the present chief minister".

He said he will continue to oppose the Citizenship (Amendment) Act on every platform despite his party supporting it in the Rajya Sabha and still being part of the BJP-led alliance in the state and at the Centre.

"I have been speaking alone in party meetings and among the public despite the current AGP leadership betraying the people only for their greed for power.

The BJP government has been luring, giving mental pressure and issuing threats to me to change my stand, but I will not," he asserted.

Mahanta said he was informed about the withdrawal of his NSG security cover on Saturday.

"I would have believed their theory of no threat perception to me had this been withdrawn during some other time.

They have been seeing me voicing against the Act for a long time and I think that is why it was withdrawn," he alleged.

The former chief minister also alleged that the state government was in favour of withdrawing his NSG cover for a long time and "finally they could do it due to a conspiracy between an insurgent leader and the present chief minister".

Mahanta claimed that usually the review for security to political leaders takes place during February, "but this is December".

AGP's lone MP in the Rajya, Sabha Birendra Prasad Baishya, had opposed the bill during discussions, but voted in favour of it.

Faced with ire of a section of party leaders and grassroot workers, the AGP demanded exclusion of the Brahmaputra valley from the purview of the amended Citizenship Act and announced to challenge the law in the Supreme Court.

Along with Mahanta, senior AGP MLA Brindaban Goswami has also been critical of the party leadership on the issue of the Act.

Goswami said, "What is the point of filing a petition against the CAA now after the party MP voted in its favour.

" The AGP has three ministers in the BJP-led state government and its workers are demanding them to leave the NDA after the passage of the legislation in Parliament with many local units already resigning and others threatening to resign.

The Guwahati unit of the AGP had staged a protest outside the party headquarters in the Ambari area a few days ago.

The AGP had returned to the NDA fold in March 2019 and fought the Lok Sabha polls in Assam in alliance with the BJP, just two months after breaking the ties with it over the Citizenship (Amendment) Bill.

Shiv Sena should break alliance with Cong as Rahul Gandhi...

NEW DELHI:  The mother of the victim in the 2012 Delhi gang-rape and murder case...

On Friday, a 22-year-old Bhojpuri actress has accused her landlord of molesting...

New Delhi: Global investment bank Goldman Sachs along with other investors has invested...

Owing to shortage of chips in tags, Centre defers FASTag...

BENGALURU: In cheering news for those who are yet to procure FASTags, which facilitate...

Google writes letter to US Federal Reserve to adopt UPI-like...

Putin: We don't know origins of climate change but it could...

Manohar Parrikar, the first IIT-ian to become a Chief Minister and the country’s...

Mumbai: The smile on his face and his body language say it all. Despite, losing...