BHOPAL: BJP MP Pragya Thakur has filed a complaint with the Bhopal Airport Director alleging that she was not allotted the seat that she had booked in a Spicejet flight and the conduct of the airline crew with her was not right. The Lok Sabha... 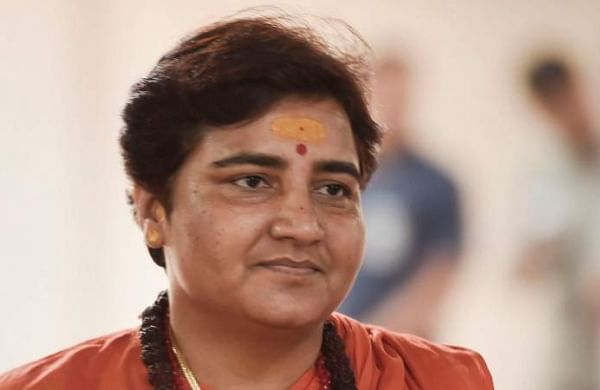 BHOPAL: BJP MP Pragya Thakur has filed a complaint with the Bhopal Airport Director alleging that she was not allotted the seat that she had booked in a Spicejet flight and the conduct of the airline crew with her was not right.

The Lok Sabha MP from Bhopal filed the complaint on Saturday after allegedly being inconvenienced onboard a flight.

"I informed the authorities that the SpiceJet crew had misbehaved with me. This had happened once before as well and this time I was not even given the seat which was booked by me," Thakur told ANI here.

"I approached the Airport Director and filed a written complaint with him regarding the same. Trains, flights are for the convenience of the public, as public representatives we are responsible for the treatment common people will get. Therefore, it was my responsibility to file a complaint regarding this," she added.

Anil Vikram, Airport Director, Bhopal acknowledged receiving a written complaint from the Bhopal MP and added that an enquiry is being held, as a part of which the SpiceJet crew will be questioned regarding the incident.

"We received a complaint from the MP about the incident. At present we cannot comment over the issue as it is an internal process. We will seek information from SpiceJet and their crews about the incident with MP in details, because SpiceJet has their own rules and regulation for such kind of incident," Airport director Vikram said in a statement.

23-year-old rape victim in UP, who set herself on fire outside SP office, dies

Man awarded capital punishment for rape and murder of student...

RANCHI: A special CBI court on Saturday sentenced a man to death for raping and...

Mumbai: The Enforcement Directorate on Monday filed a charge sheet against Housing...

LUCKNOW: The BJP in Uttar Pradesh will launch a registration campaign for refugees...

The excellent box office performance of SATYAMEVA JAYATE was one of the success...

Indian skipper Virat Kohli made his 400th appearance in International cricket after...

Climate crisis: Is there a Savitri to save the world from...

The legend of Savitri and Satyavan in the Hindu mythological epic, the Mahabharat,...

A few months ago, the entire country was over the moon after the news of Ranveer...