NEW DELHI: Former union minister P Chidambaram on Monday thanked the voters of Jharkhand for siding with the coalition of the Jharkhand Mukti Morcha (JMM), Congress and Rashtriya Janata Dal (RJD) and added that the election results have shown... 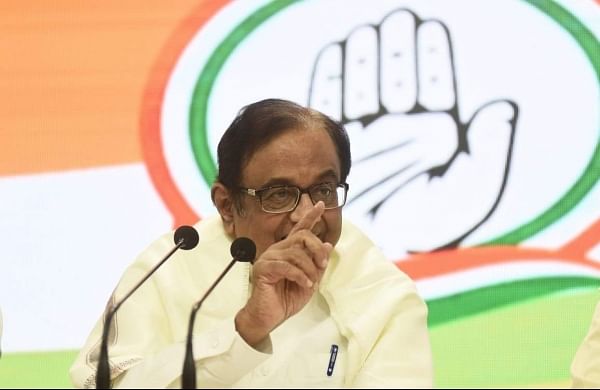 NEW DELHI: Former union minister P Chidambaram on Monday thanked the voters of Jharkhand for siding with the coalition of the Jharkhand Mukti Morcha (JMM), Congress and Rashtriya Janata Dal (RJD) and added that the election results have shown that the BJP is "slipping" nationwide.

"Dented in Haryana, denied in Maharashtra, defeated in Jharkhand. That is the story of the BJP in 2019. All non-BJP parties must raise their sights and rally around the Congress to save the Constitution of India," Chidambaram tweeted.

"I thank the people of Jharkhand for this victory. In Haryana, they (BJP) won with a very little leading, while in Maharashtra they tried to grab the seat via back door but continuously they are slipping down," Chidambaram told reporters here.

The senior Congress leader also questioned the government over statements made by PM Modi at Ramlila Maidan rally on CAA and NRC held yesterday.

"Amit Shah and Rajnath Singh had spoken about NRC implementation but now the Prime Minister is saying that we do not have any plan on implementing NRC. The question of 19 lakh people getting affected by it (NRC) in Assam is also unanswered," Chidambaram said.

"They have selected only 3 neighbouring countries but what happens to Sri Lanka? Only 6 religions have been added in the list, so what happens to Muslims? These questions are unanswered by the home minister, I had even raised the questions in the Parliament," he added.

He also expressed satisfaction with the Dravida Munnetra Kazhagam (DMK) chief MK Stalin-led multi-party rally against CAA being held in Chennai by saying, "I will not let India become a second Germany. I was very happy to see youngsters participating in the protest today in Chennai."

Malaika Arora to be a judge on India's Best Dancer, Bharti...

Sony Entertainment Television is gearing up for the New Year and is preparing to...

MUMBA: The Anti-Corruption Bureau on Friday submitted one more affidavit in the...

London: Hundreds of students and other groups gathered around the statue of Mahatma...

Cost of Deepika Padukone’s airport luggage can get you...

Forum for IT employees planning to take legal actions after...

The Chennai-based Forum for IT Employees (FITE) is exploring legal options after...

Malaika Arora says she is not bothered by Internet trolls

Malaika Arora often turns head with her fashion choices and is adored by several...

The swift pace of the movement is astounding and has left the scientists confused...