Jaipur: A special court in Jaipur on Friday awarded death penalty to four convicts for the 2008 Jaipur serial bomb blasts that had left 71 dead and 185 injured. Magistrate Ajay Kumar Sharma pronounced the quantum of punishment amid tight security... Jaipur: A special court in Jaipur on Friday awarded death penalty to four convicts for the 2008 Jaipur serial bomb blasts that had left 71 dead and 185 injured. Magistrate Ajay Kumar Sharma pronounced the quantum of punishment amid tight security arrangements in the court. 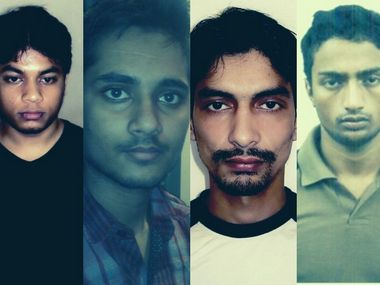 On Wednesday, the court had convicted Mohammad Saif, Mohammad Sarwar Azmi, Mohammad Salman and Saif Ur Rehman. Another accused, Shahbaz Hussain, was acquitted with the court giving him the benefit of the doubt.

The serial blasts rocked Jaipur on the evening of 13 May, 2008 within a two-kilometre radius in the walled city, popular also with tourists.

Shahbaz Hussain, a resident of Lucknow, was accused of sending emails to the police claiming responsibility for the blasts on behalf of the Indian Mujahideen. But the allegation could not be proved and he was acquitted.

Apart from these five, two accused were killed in the Batla House encounter in Delhi in the same year and five others are still absconding.

Thomas Chandy dies at 72: Ex-Kerala minister and MLA passes away at Kochi home,...

Two Maoists including a woman killed in gun-fight with...

400 KM journey due to daughters insist in Pune Marathon

A melting pot of cultures, flavours, traditions and more, Christmas time is also...

BUNDI: Model and actor Payal Rohatgi was detained by Rajasthan police from her Ahmedabad...

From Bengal to Punjab: 10 states which have refuses to...

The country is boiling over Citizenship Amendment Act (CAA) and the National Register...

Chessboard or racing flag - what exactly is Shraddha Kapoor...

Shraddha Kapoor is one of the most beautiful actresses we have in Bollywood. The...

Actor Sushant Singh on Tuesday announced that his association with long-running...